LAWRENCE — As media organizations downsize across the country, fewer voices are represented in the national media dialogue, and the already small number of minority voices declines further. While it stands to reason those voices could be replaced by recruiting young, diverse populations into the field, a University of Kansas study found high school journalism programs often do not seek to diversify their staffs and do not receive guidance in how to do so from their professional organizations. 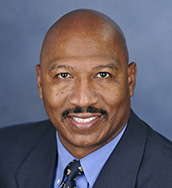 There is wide educational consensus on the importance of increasing diversity in engineering and related fields, but that often goes unconsidered in journalism, Crawford wrote in his article, published in the Journal of Media Education.

“What many are not considering is the real strength of America,” Crawford wrote. “That strength is the diversity of voices in America’s democracy. The loss of minority voices not only makes America less inclusive, it also allows for the framing of media images of minorities to be controlled by the majority.”

For the study, Crawford interviewed Kansas educators, primarily those who taught at schools with at least a 20% black student population. He focused on four areas: What challenges advisers faced, what academic or professional training they had to teach journalism, what they did to diversify their newsrooms and where they found their students.

One of the primary findings was that educators did not make specific efforts to find diverse voices for their newsrooms. They were not alone in that aspect, as an examination of the mission statements of the state’s two largest media education organizations, the Journalism Education Association and Kansas Scholastic Press Association, had no policies or guidelines on how schools could boost inclusivity or diversity.

“Finding students who can write is a wonderful idea, but where do you find them? Is it in English honors classes? Many of the students’ primary media opportunity is yearbook, but they don’t always get opportunities for in-depth writing experience there,” Crawford said. “Advisers at any level can have a big impact on students. That’s why I wanted to know how students are chosen.”

That idea is especially meaningful to Crawford, a first-generation college student. In high school, a teacher found his writing assignments and shared them with colleges. Though he didn’t know about her efforts, because of them he was able to attend college as part of the University of North Carolina’s High School Radio/Television/& Motion Picture Institute, even though he was never chosen for his school’s newspaper or yearbook staffs.

In terms of challenges advisers faced and the training they had received, the study found many received little financial support. They were also often carrying heavy coursework in teaching other classes, and the school papers and yearbooks were designated as extracurricular activities. That resulted in groups with little funding and teachers with little time to devote to recruiting students.

Crawford writes that his goal was to present the state of affairs in Kansas journalism education. He hopes to do further studies in other states, including Missouri, North Carolina and Virginia, and make comparisons in how the states provide media opportunities for students of color, LGBTQ+ students, those from low socioeconomic backgrounds and other underrepresented populations. He has also extensively researched journalism programs and their challenges at historically black colleges and universities. It is all part of an effort to help educators prepare students and present opportunities for diverse voices to be part of the media landscape.

“My hope is that educators see this and say, ‘We can do better. We can reach out to English teachers at the eighth-, ninth- and 10th-grade levels in our schools and find students who enjoy writing and storytelling,’” Crawford said. “Creative writing is as important as factual and issue-related writing.”