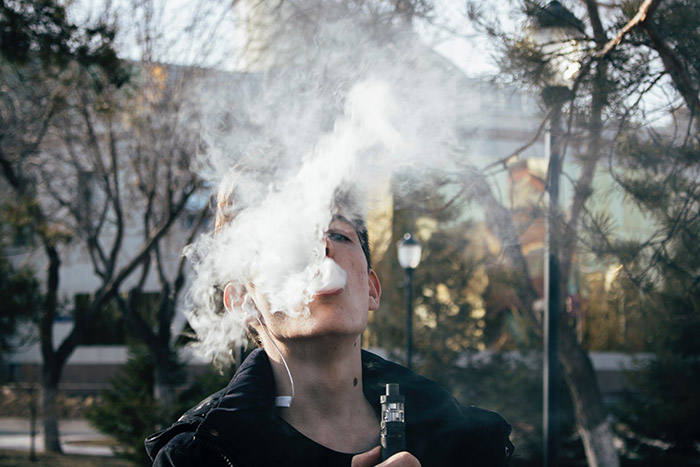 LAWRENCE — The tobacco industry has a history of targeting young people in its advertising to attract new customers. As vaping and electronic cigarettes have grown in popularity, advertisers are up to the same old tricks. New research from the University of Kansas shows that not only do those advertising tactics work, but young people also fail to question information touted in those ads.

Adolescents are the target market for e-cigarette advertisers as drawing in young customers is key to the industry’s business model. While research has examined how young people view e-cigarettes, or how high school youths view advertising, little attention has been paid to how such ads target adolescents. Researchers conducted five focus groups with 39 youths ages 12-17 who don’t use e-cigarettes to find out how they viewed the ads. The findings reflect three key themes: 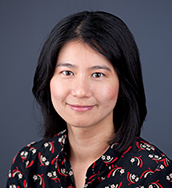 “When e-cigarettes were just starting, people were curious how and why they existed and how they work. But now that they are increasingly popular, we want to know more about their advertising and marketing,” Chen said. “Research has skimmed over the advertising factors, especially as they relate to adolescents’ intent to use them.”

Participants said advertising for e-cigarettes made them want to try the products. They pointed to multiple flavors, the idea that they were a safe alternative to traditional cigarettes and the way they made vaping look cool as the main reasons. Multiple respondents said the ads mentioned they were healthier than cigarettes, leading them to believe they would not get addicted.

“These e-cig companies steal the entire playbook from the tobacco industry,” Chen said. “You see the ‘cool factor,’ the sex appeal and all the same tactics cigarette companies used in advertising. But before now we haven’t looked at how those approaches are perceived by adolescents.”

Respondents also indicated a fascination with the technical and emotional appeal of the commercials. Several pointed out the appeal of the e-cigarettes themselves, their sleek design, batteries and packaging to look like flash drives or “Lord of the Rings” branding were appealing.

“I saw a magazine ad for high-end e-cigarettes, marketing them as a more classy alternative to cigarettes. They were highlighting features and technologies they had, like how long the battery lasted. So it was making it seem fancy — special vapor technology,” one participant said.

Others recalled special effects used in the ads, such as how Blu, one of the most popular brands, had black-and-white commercials highlighting only the color of the e-cigarette.

The emotional appeal was front and center, with participants reporting they perceived social benefits like increased friendships or health benefits including a safer alternative to traditional tobacco, help in quitting smoking or the absence of secondhand smoke.

The third theme showed that when adolescents search for information on e-cigarettes, there was little verification of the information they found. The majority reported youths their age learn about e-cigarettes through search engines and social media platforms. Participants cited YouTube and Instagram demonstration videos on blowing smoke rings and other vaping tricks. When asked if they searched for specific information, the adolescents reported they searched for information on ingredients, if they contained nicotine, health effects, how to obtain them and price. While some said they found “very scientific” information, others said they mostly found information aimed at justifying use.

While the findings show that adolescents remember specific aspects of the ads, their comments lacked skepticism, suggesting the influence of the ads is even more effective on adolescents than older audiences. The results, when taken with the industry trend of increasingly using digital and mobile media for product promotion, show that e-cigarettes and marketing should be regulated by the FDA, researchers argued. While such regulation does not currently exist, media literacy campaigns designed to help adolescents better understand targeted messages and encourage critical thinking would be beneficial.

“The ads were all about being designed so they would be remembered by the viewers. And the e-cigarette industry is very aware of that and very good at it,” Chen said. “I think this adds to a growing body of research and adds support for researchers urging the FDA to take swift action to regulate e-cigarettes.”